A January 2010 article entitled, “Is This a Wall of Dwarka?“, archaeologists have discovered a 14km long wall in the sea on the western coast of India near Ratnagiri, Maharashtra State.

SUBMERGED LANDS WEST COAST OF INDIA – In the Indian Ocean, adjoining the West Coast of India, there exists a large area of submerged lands with structures showing thereon. Like the remains of the South Sea Islands, these structures are prehistoric. These submerged lands commence at about 21 degrees north latitude, or just below the mouth of the river Indus, and extend south to about the equator. These submerged lands are apparently of an elongated oval shape. The Lacadive and Maldive groups of low-lying islands are within the boundaries of this oval. Although I have several times passed quite close to them, I have never been on any of them, so cannot say whether they are parts of the sunken land still above water, or whether they are the subsequent work of coral insects. 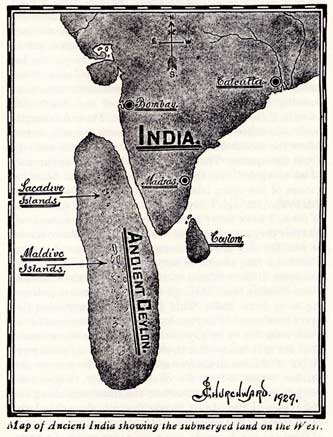 The following maps indicate the location of Ratnagiri and it’s relationship with the maps provided by James Churchward. 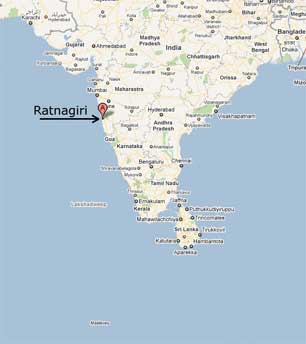 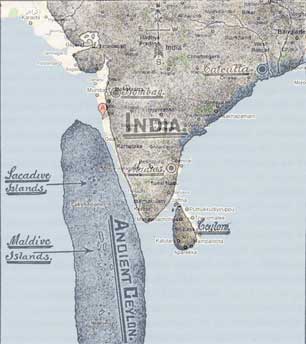 As the article states:

Dr BS Chandrashekar, a remote sensing geologist who has also studied this wall using satellite imagery, said,
“This is a fascinating wall which extends under the sea. I have studied it through remote sensing and my
preliminary observation is that it could lead to a fort. But who constructed it or what was its purpose can be
known only after a detailed archaeological examination.”

We’ll be looking forward to the results of the examination.

A close examination of the legend portion of James’ map reveals that the E & W are swapped as shown below: 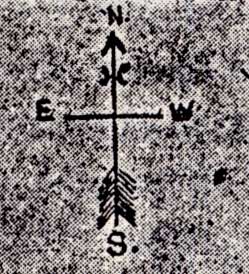 One wonders what this means, it it a deliberate act to encode secret, hidden data or just a mistake? We’ll keep an eye out to see if other illustrations have similar ‘mistakes’ and if anyone has any ideas, please send them along.