Posted on December 20, 2015 | Comments Off on Looking for the Great Uighur Empire Capital Part 5

So, according to the newspaper article and the works of James Churchward, the ancient Uighurs of 70,000 years ago had their capital at Khara Khoto, but where is this capital in relationship to the historical Great Uighur Empire/Khaganate (744-840)?
A map is shown below that represents the territory under the control of the Uighur Kagans. 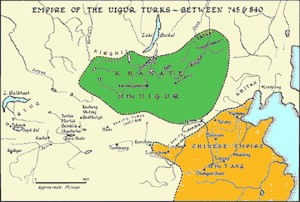 The Uighur leaders also had an affinity for the Orkhon Valley and built their capital at Ordu Baliq or Karabalghasun, less than 18 miles away from the city that would one day become the capital of the Mongol Empire, Karakhorum. 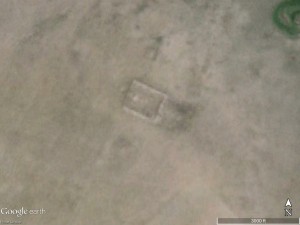 The map below, presented previously, again provides some perspective about the distances involved.