In the past, I have interacted with Lee Standing Bear Moore, the contact answering emails on the Manataka Indian Council website. Their website is one of the few with information on an artifact depicted in Sacred Symbols of Mu. James called it the Mound Builders Calendar Stone, but it also known as the Arkansas or Washitaw or Manataka Calendar Stone. I covered our conversation as part of my blog post Examining the ‘Mound Builder’s Calendar Stone’

I imagine the reason behind someone sending the link was because it mentioned “Lemuria.” As presented in What’s the Difference Between Lemuria and Mu?, sometimes the names are interchangeable, sometimes not. Another factor are the many differences between what each theory holds as defining Lemuria or Mu. Submerged land appears to be the only common denominator. 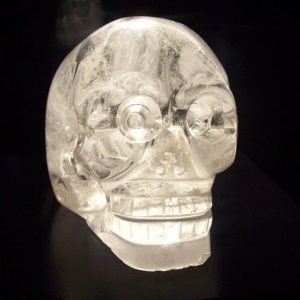 Who is Hunbatz Men?
Hunbatz Men is variously identified as a Mayan Shaman, a daykeeper, Ceremonial leader, or a Mayan Elder. He is the author of Secrets of Mayan Science/Religion and other books. He writes in the article the Mayan word for Lemuria is Lemulia and how his people remember their time in Atlantiha (Atlantis.)
Another article on the Manataka Indian Council website, entitled, “The Cosmic New Age has Commenced” is also authored by Hunbatz Men. He writes about a ceremony at the Kukulcan Pyramid in Chichen Itza held on December 21, 2012. During the ceremony he spoke with people of different dimensions while circumambulating the pyramid. It is his belief the Kukulcan pyramid exists in different dimensions. The crystal skull sent from Tibet (and named NAGA K’U) aided them in the ceremony. To quote the text:

This sacred crystal skull was always with us during the whole of the ritual. All the energy it projected to us, together with the energy of the initiates who were with us, contributed to the fulfillment of part of the prophecies. Only with the help and energy projected by Naga K’u and the spirits of the high Tibetan teachers, who were always with us in spirit, we were able to complete our sacred mission.

An article from the CrystalSkulls.com (Secrets Revealed Mysteries Explained,) MAYAN CRYSTAL SKULLS indicates Hunbatz men was one of three Mayan elders to speak before the United Nations. Videos are available.

Another article from the same website outlines the Hunbatz Men Sacred Pilgrimage Journey. Starting in Manhattan, NYC the pilgrimage was to cross the US visiting sacred sites and performing ceremonies with crystal skulls. On 11-11-11 he met up with 13 Mayan elders and 13 crystal skulls for the Gateway Ceremony in Los Angeles.

The search for Lemulia/Lemuria does not go much farther after looking at Hunbatz Men’s activities. The claim of crystal skulls being pre-Columbian Mesoamerican artifacts is a known falsehood. Scientific examination of the surface on those examined indicates the use of high-speed rotary tools, something unavailable prior to the 18th century. Also, the scientific community rejects claims of paranormal phenomena associated with crystal skulls or any connection to Central American mythos. Frankly, it appears this just more New Age drivel, commonly labelled Mayanism.

One response to “Searching for Lemulia…”