The Egyptian Book of the Dead and James Churchward (part 2)

Posted on October 3, 2021 | Comments Off on The Egyptian Book of the Dead and James Churchward (part 2)

The previous post examined James Churchward’s discussion of the Egyptian Book of the Dead or the Book of Coming Forth by Day and ended with:

In the chapter’s second paragraph, James says the Book of the Dead “contains many records that prove that the motherland of man was the original habitat of the race of men.”

The Egyptian Book of the Dead or the Book of Coming Forth by Day is really an Egyptian funerary text consisting of magic spells to aid deceased ancient Egyptians to overcome the pitfalls of the journey through the underworld. The illustration shown above from a well-known version of the Book of the Dead is described as follows:

According to Wikipedia, this collection of spells was mostly written on papyrus scrolls and followed the tradition of previous writings such as the Pyramid Texts and Coffin Texts. Some of these earlier Texts reach back to the 3rd millennium BCE and similar versions are contained in the Book of the Dead. The first funerary texts, the Pyramid Texts, were engraved on the walls and sarcophagi of the Pharaoh alone. The Coffin Texts allowed common people the opportunity to access the spells which would lead them through the underworld to the afterlife. The later Coming Forth by Day became popular during the New Kingdom (1570 – 1069 BCE.) Apparently, each copy was tailored to the deceased as there was no standardized version until the eighth century BCE. 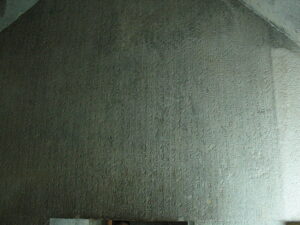 The Book of the Dead is recognized as a collection of spells. There are no separate interpretations of the hieroglyphs and illustrations accepted by Egyptologists today. It does not contain “many records that prove that the Motherland of Man, the submerged continent of Mu, was, indeed, the original habitat of the race of men” nor is it a “a sacred commemorative memorial to the 64,000,000 people who lost their lives at the destruction of Mu.”
If the Book of the Dead was a commemoration, why did it wait ten thousand years to be drafted? (According to James the continent of Mu sunk 12-14,000 years ago.) Why didn’t James’ reference the Pyramid Texts, the earliest form of funerary texts, instead of something a thousand or so years later?

James’ subsequent interpretations of images in the chapter are meaningless because they both are predicted on his assertion and are evidence of the importance of the document as a commemoration of the sinking of Mu or as a collection of long-forgotten records, of which it is neither. His only claim to have the authority to properly “decipher and translate” the vignettes is because he ‘knows’ the true meaning of the name of the book and the experts do not. I should underscore the fact the images in the translated Papyrus of Ani actually agree with the translated hieroglyphs.
Additionally, the chapter doesn’t maintain focus on the Book of Coming Forth by Day but jumps to discuss symbols found in Canada, New Zealand, and Central America and then onto the Great Uighur Empire of 17,000 years ago as final proofs of Mu being the motherland of men.

I think the Uighur records will be all that is necessary to convince the most skeptical mind that it is clearly proven by symbols alone that Mu was the motherland of man; but, as an old Hindu saying goes:
“It is easier to snatch a pearl from the teeth of a crocodile, or to twist an angry, venomous serpent around one’s head like a garland of flowers, without incurring danger, than to make an ignorant or an obstinate person change his mind.”
Lost Continent of Mu Motherland of Men, page 106