When discussing ancient documents, on many occasions mention is made of the Troano Manuscript and the Codex Cortesianus, and how the translation of these documents lends credence to the existence of ancient advanced civilizations. Included on that list are the theories of Augustus Le Plongeon (1825-1908) and James Churchward (1851-1936,) purveyors of ancient civilizations in the Yucatan peninsula of Mexico and the now sunken continent of Mu in the Pacific Ocean, respectively. 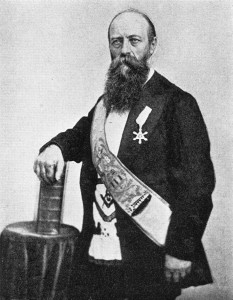 Augustus Le Plongeon was born on the island of Jersey and at the age of 19 found himself shipwrecked off the coast of Chile. Five years later, he sailed to San Francisco and worked as a surveyor. His subsequent travels to England and Peru lead him to study photography and start a studio in Lima. He also visited and photographed ancient ruins there. In 1870 he went back to San Francisco and gave a number of lectures on Peruvian archaeology and the causes of earthquakes. From there he traveled to New York City and then on to London where he studied Mesoamerican manuscripts. One of the manuscripts was a translation by Charles Étienne Brasseur de Bourbourg (1814-1874) that lead him to believe that civilization had originated in the New World. After marrying Alice Dixon in New York City, the couple traveled to the Yucatan in 1873 where they stayed until 1885 searching for connections between the Maya and the ancient Egyptians. Le Plongeon’s photographs, including 3D images, of the ancient ruins were an important part of his research.
Le Plongeon describes the Troano manuscript in an appendix (Note III. (Page xxxi)) of the 1896 Queen Moo and the Egyptian Sphinx on page 174. He identifies the owner of the manuscript as Señor Dn. Juan Tro y Ortelano, a professor of palaeography at Madrid University and mentions the Abbé Brasseur’s efforts to copy and translate the document. The document is named the Troano Manuscript after the owner. The Abbé’s research and interpretations were published in 1869 or 1870 under the name Manuscrit Troano, études sur le système graphique et la langue des Mayas. Le Plongeon wrote of the document:

This Maya Manuscript is, indeed, a most precious document, for it is a brilliant light that, besides the monumental inscriptions, now illuminates the darkness which surrounds the history of the ancient inhabitants of the peninsula of Yucatan. The second part after describing the events that took place during the awful cataclysms that caused the destruction of ten different countries, one of which, called Mu, was probably Plato’s Atlantis, is mostly dedicated to the recital of meteorological and geological phenomena that occurred in the “Land of the Serpent,” also called Beb (tree), of which Mayab formed a part.

The translation by Abbe Brasseur is quoted to provide the existence of a land of “Mu” in Queen Moo and the Egyptian Sphinx, in a footnote on page lvi, the figure below is translated. 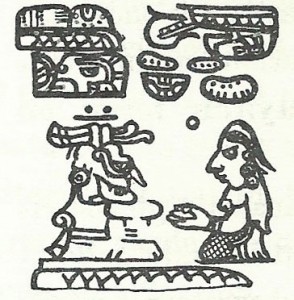 The figures are anthropomorphous representations – the kneeling, supplicating female, of the “Land of Mu;” the male, of the “Lord of Seven Fires” (volcanoes), Men kak uuc. Mu, in an imploring posture comes to inform him that the one of his volcanoes has caused the basin at the edge of her domains to rise, and has converted the country into a marshy ground. She speaks thus: “Ak ha pe be be imik Kaan” (that is, “The basin has risen rapidly, and the land has become marshy”). Men Kak uuc, for all consolation, replies “Imix be Ak Mu?” So, the basin in rising has caused the land to become marshy, Mu?) This is evidently the record of a geological event – the rising of the part of the ocean near Mu.
Queen Moo and the Egyptian Sphinx, page lvi, footnote 1

However, Le Plongeon’s Mu resides in the Atlantic as the mystical lost continent of Atlantis as shown in this passage:

In our journey westward across the Atlantic we shall pass in sight of that spot where once existed the pride and life of the ocean, the Land of Mu, which, at the epoch that we have been considering, had not yet been visited by the wrath of Homen, that lord of volcanic fires to whose fury it afterward fell a victim. The description of that land given to Solon by Sonchis, priest at Sais; its destruction by earthquakes, and submergence, recorded by Plato in his ” Timaeus,” have been told and retold so many times that it is useless to encumber these pages with a repetition of it.
Queen Moo & The Egyptian Sphinx Chapter VI, page 66 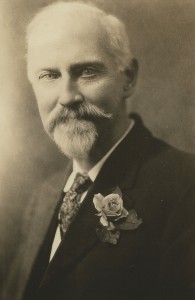 Described in the August 1881 edition of the American Naturalist by Cyrus Thomas, the Troano Manuscript was found by Abbé Brasseur de Bourbourg in the Library of the Historical Academy in Madrid, Spain in 1865. The fourteen-foot long and 9-inch wide document painted on tree bark is seventy pages in length. The translation by the Abbé de Bourbourg used the notes and writings of the infamous Bishop of Yucatan Diego de Landa. The Abbé used the deLanda’s notes to create an alphabet used to translate the document. Unfortunately, this was the wrong approach as discovered by scholars in the 20th century; the symbols represented syllables in the language as opposed to characters. Rather than a book about the destruction of lost continents, the contents has today been translated to reveal it’s true purpose, as a repository of mostly almanacs and horoscopes to be used by the Mayan priests to perform rituals and ceremonies.

Another ancient document referenced is the Cortesianus Codex, another of the Mayan documents. Le Plongeon in Queen Moo and the Egyptian Sphinx uses an unacknowledged translation as the third of three narratives concerning the destruction of his Mu (Atlantis.) The first is a carved slab in Chichen Itza in a chamber in the Akab-Dzid (the awful, tenebrous record) building and the second is the Troano Manuscript previously discussed. The discussion of the existence and it’s destruction by earthquakes and fire begins on page 145.

In the Lost Continent of Mu Motherland of Men, James cites the Codex Cortesianus as being the same age as the Troano Manuscript and written confirmation of Mu (page 21.) On page 56, the readers are schooled further:

Codex Cortesianus.—The Codex Cortesianus is another of the old Maya books that escaped the eyes of the fanatical Bishop Landa. This book is now in the National Museum of Madrid, Spain. The characters, figures and writings would indicate that it is about the same age as the Troano Manuscript. The language of the Codex Cortesianus, however, is much more symbolical than that of the Troano Manuscript. Here are some extracts from it, bearing on our subject:
“By his strong arm Homen caused the earth to tremble after sunset and during the night Mu, the country of the hills of earthy was submerged.”
“Mu, the life of the basin (seas), was submerged by Homen during the night.”
“The place of the dead ruler is now lifeless, it moves no more, after having twice jumped from its foundations: the king of the deep, while forcing his way out, has shaken it up and down, has killed it, has submerged it.”
“Twice Mu jumped from her foundations; it was then sacrificed by fire. It burst while being shaken up and down violently by earthquakes. By kicking it, the wizard that makes all things move like a mass of worms, sacrificed it that very night.”
It is self-evident that both the Codex Cortesianus and the Troano Manuscript were written from the same temple record. The Codex Cortesianus gives the land its hieratical name only, while the Troano Manuscript gives both its hieratical and geographical names.

All but the first paragraph and last sentence is copied word for word from Queen Moo and the Egyptian Sphinx on page 148. Le Plongeon’s take on the Codex Cortesianus, as opposed to the Troano Manuscript is contained in the following passage.

“His style is more prolix, less terse, more symbolic than that of the writer of the Troano.”
Queen Moo and the Egyptian Sphinx; page 147.

The Codex Cortesianus was discovered in Spain in 1867, when a Madrid resident tried to sell it. It ended up in the collection of the National Archaeological Museum (Museo Arqueológico Nacional) in 1872. It was named the Cortesianus after Hernan Cortes, thinking that he had brought it back from the new world.

In 1880, French scholar Léon de Rosny, after careful study, revealed that the Troano Manuscript and the Codex Cortesianus were two parts of the same document. The Cortesianus has pages 1-21, 55-77 and the Troano contains pages 22-56, and 78-112. The separate parts were reunited in 1888 and a faithful copy is on display today Museo de América in Madrid, Spain; the reason the document is called the Madrid Codex today.

The latest translations indicate the contents to be mostly almanacs and horoscopes used by Mayan priests in their rituals and ceremonies. The Madrid Codex also contains astronomical tables and appears to be copied from older Mayan books. It is not a book on history and does not describe the sinking of a either an Atlantic or Pacific ocean continent.

James Churchward also used other references to the destruction of his lands of Mu, such as the Ramayana, the Troano Manuscript, and the existence of ruins in certain locations, decorated with the correct symbols. The fourth item on his list from the Lost Continent of Mu Motherland of Men are the ‘universality of certain old symbols and customs as discovered in Egypt, Burma, India, Japan, China, South Sea Islands, Central America, South America and some of the North American Indian tribes and other seats of ancient civilizations.”

The Troano Manuscript, as a reference for the sinking of Mu, must be removed from the list, if there is to be any legitimacy accorded to an evaluation of Churchward’s theories on Mu. Furthermore, other works that rely on the early mistranslations of the Troano Manuscript, Codex Cortesianus, or the Madrid Codex, should be scrutinized as well. The pieces of this single document were reunited in 1888 and it had been known that they were parts of the same document for eight years prior. Individual references to them with the mistranslations have been published one hundred years later in an attempt to ignore reality and maintain the myth of a non-existent reference to a lost continent.

If you find references to the Troano Manuscript or the Codex Cortesianus that claim these documents to be other than almanacs, horoscopes, or astronomical tables, the author is basing their work on a fraudulent translation and is not to be believed.

This entry was posted in James Churchward, Lost continent of Mu. Bookmark the permalink.

One response to “The Madrid Codex”